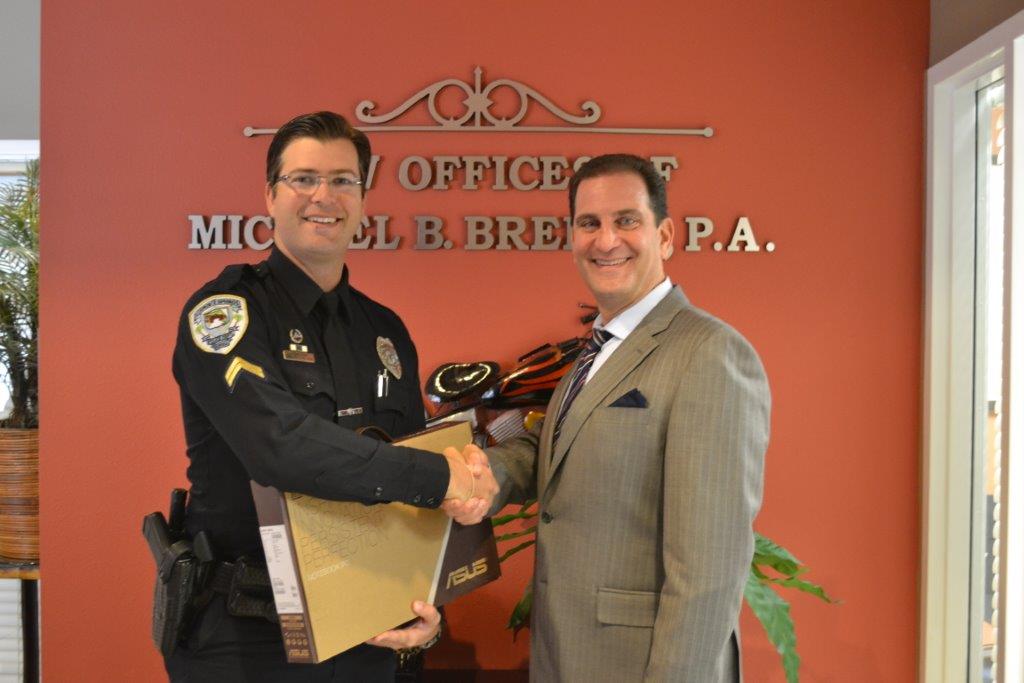 Attorney Michael B. Brehne, in conjunction with the N.O.P.E. Task Force, presented at Lake Mary High School about the consequences of drug consumption. The Narcotics Overdose Prevention and Education (N.O.P.E.) Task Force is a group of community leaders working to combat the illegal use of prescription drugs, narcotics, as well as other substances abused by young people.

N.O.P.E. presentations share the harsh realities of drug abuse to students in a relatable way. As a former narcotics agent, Brehne is all too familiar with how pervasive drug abuse can be in the community. Brehne hopes that his experiences in law enforcement will inspire students to take a stance against drugs.

Brehne donated computer equipment to the program to facilitate their presentations at local high schools.

“They had experienced compatibility and other audio visual problems while presenting at different high schools, so when Officer Pelton of the Altamonte Springs, FL, Police Department reached out to me, I offered to buy them the dedicated computer system and software they required for their presentation,” Brehne said.

“Some of my clients have been addicted to narcotic pain medication, so overdose prevention is a cause I’m passionate about.”

The Seminole County Sheriff’s Office and the City of Altamonte acknowledged Brehne’s contribution, particularly because he is the first private donor to get involved with the N.O.P.E. to Dope program.

The Law Offices of Michael B. Brehne prides itself on playing an active role in the community.