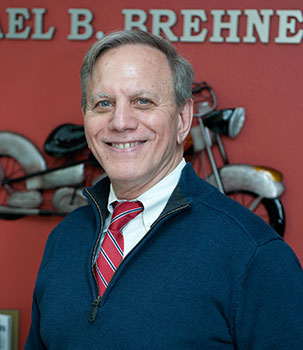 For the last 30 years, Danny devoted his time, energy and talent fighting for justice for his injured clients who, through no fault of their own, found themselves in the painful, stressful world of personal injury claims and our state’s often frustrating civil justice system. Danny has handled injury claims from the date of an accident through settlements without lawsuits and through the trial of the case. In the process, he learned that powerful insurance companies do not concern themselves with, or focus on, the pain, needs, difficulties or frustrations of the people who have been injured. Instead, those powerful insurance companies focus on how best they can deny, delay or defeat claims or pay as little as possible to try to resolve claims. Danny is passionate about his work and about protecting and representing the rights of our clients. His practice with our firm includes handling claims against insurance companies both in personal injury and property damage matters.

Danny and his wife Sarah have been married almost 20 years. They live in Central Florida and have four wonderful children, two daughters and two sons. They have worked hard to help instill qualities including integrity, empathy, fairness and responsibility in all of their children as well as teaching them the importance of the Golden Rule and a strong work ethic. Danny brings these same qualities to work with him when representing our clients.