Same-Sex Marriage & Custody: What To Expect

Separation and divorce are always tough, especially when children are involved. 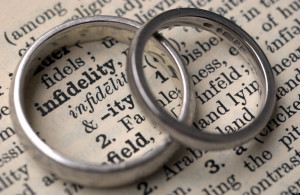 Infidelity & Hacking: Is It Legal?

Marital infidelity is one of the toughest things a person can experience. Most times, marriages end in divorce if one of the partners are unfaithful. While it can cause painful emotions, infidelity doesn’t necessarily affect divorce proceedings in the state of Florida. Why is that? Florida happens to be a no-fault state, which means that it is not necessary to prove infidelity to get a divorce nor does infidelity often affect the outcome of the divorce proceedings.

Advocating For A Child's Rights During A Custody Battle

Michael B. Brehne, Esq. is passionate about children’s rights during divorce proceedings. Recently, he represented a father, for free, in an embittered custody battle where the child was attacked by the mother’s live in boyfriend. He has worked tirelessly, advocating on behalf of the child so that he could be placed with his father in a home that has been stable, loving, and comfortable. Michael represented the father for the last few years to keep the child from returning to his mother’s care due to the unsafe environment in which she created.