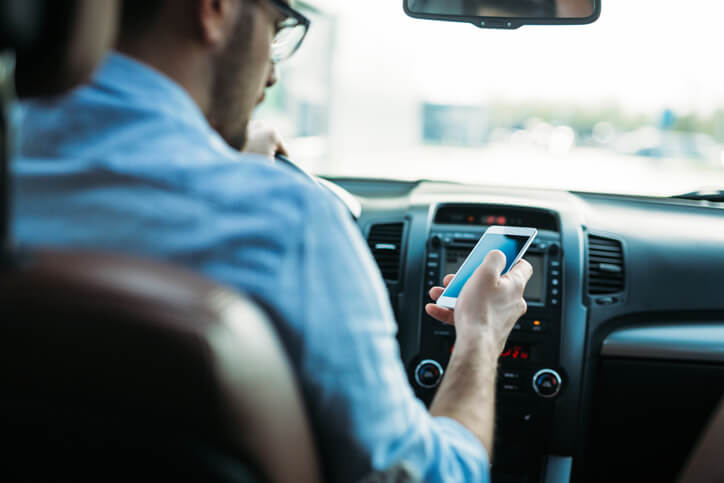 In the State of Florida, drivers who text while operating a motor vehicle risk paying a fine. Florida Gov. Ron DeSantis signed Senate Bill 76, which toughens Florida’s prohibition on texting while driving. The new legislation aims to reduce the occurrence of accidents and deaths which result from distracted driving. According to Florida Highway Safety And Motor Vehicles (FLHSMV), there are multiple categories in which drivers can become distracted — visual, or taking your eyes off the road; manual, or taking your hands off of the wheel; and cognitive, or thinking about anything other than driving — and texting while driving constitutes all three forms.

This shift in Florida law puts the state on par with 43 other states in which drivers may be pulled over for texting while driving as a primary traffic offense — currently, texting while driving is a secondary offense in Florida as well as in Nebraska, Ohio, and South Dakota. But how enforceable is the law? Are there any exceptions? Here is what you need to know.

Can You Text & Drive In The State Of Florida?

Can I Text If I'm Stopped At A Red Light?

Yes. The new law allows drivers to text while behind the wheel of a stationary vehicle, such as while stopped at a red light — the law states that "a motor vehicle that is stationary is not being operated as is not subject to the prohibition." For more information about the law or if you are pulled over while texting at a red light, contact our personal injury law firm in Orlando, FL.

Can I Use Navigation Apps While Driving?

The new Florida texting and driving law permits drivers to use GPS programs, such as Google Maps and Apple Maps, for navigational purposes while operating a motor vehicle. However, drivers are required to do so in a hands-free manner, whether through the use of audio commands or by briefly using the app to start or complete the navigation route.

Can Law Enforcement Ask To See My Device If I Am Pulled Over For Texting & Driving?

If law enforcement requests to see a driver's phone after stopping them for texting and driving, the driver is not required by law to show their phone to the officer. In order to take the phone from the driver, the officer would require a warrant. Exceptions include situations in which a car accident results in serious bodily injury or death, after which the wireless communications device and the written statements or messages may be deemed admissible as evidence.

Can You Talk On Your Phone While Driving In Florida?

Yes. As per the new law, drivers cannot operate a motor vehicle while texting, but they may still use their phone to talk or use the voice command function. Drivers and rideshare drivers alike can use a phone mount and a wireless headset to help facilitate hands-free use of their phone.

According to the new Florida cell phone law, drivers are still allowed to use their phones for navigational purposes and read weather alerts, among other types of emergency messages, but there are exceptions. Drivers are not allowed to handle their phones for any purposes other than an emergency while driving in school zones and work zones. This provision takes effect on October 1, 2019, but officers will only stop and issue drivers warnings until January 1, 2020, after which police will issue tickets to drivers who handle their phones — whether texting or not — while driving in school and work zones.

How Much Is A Ticket For Texting While Driving In Florida?